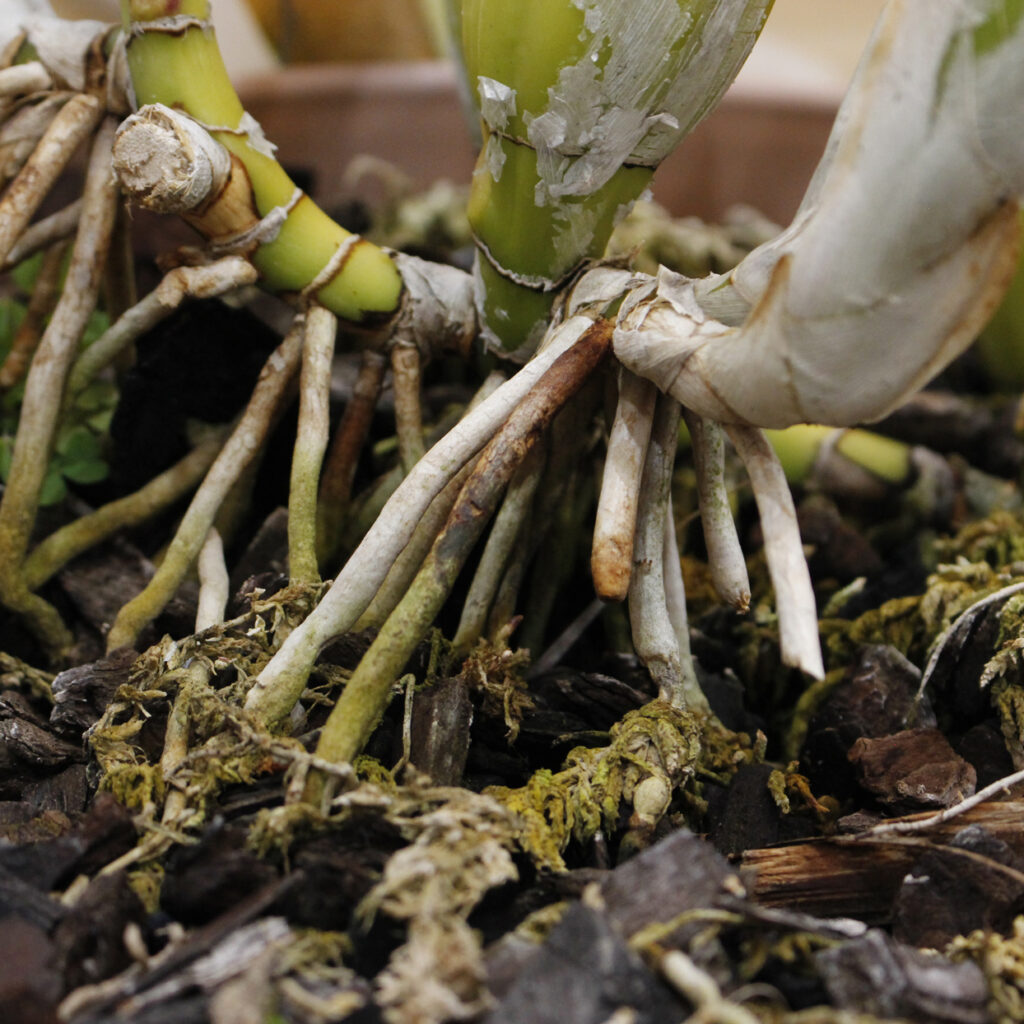 Q: On my orchids if the new roots do not enter the orchid mix when 2-3 inches long, the tip turns brown and stops growing. Could this be due to not misting the plant often enough?

A: Insufficient misting and resultant low humidity should not cause the symptoms you describe. Rather, I would suspect that the potting mix is in some way “unfriendly” to the roots. This could be low pH, high salt content or other problem resulting from the orchid mix breaking down. Indeed frequently misting with low quality water can exacerbate the salt problem, by building up a layer of salt on top of the orchid mix. When this happens top of the orchid mix usually turns white, indicating that the orchid needs to be repotted.

Stay connected with us!